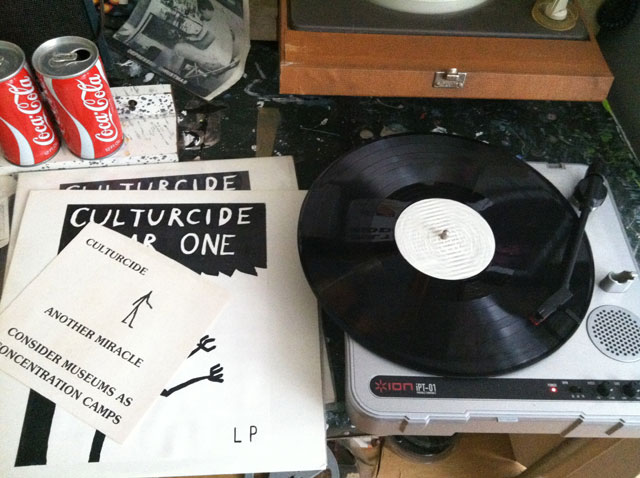 “And yet, as Flood told it at the press preview for the Luxembourg & Dayan show last week, the Lace paintings are, in fact, hateful, or at least, in his words, have “hateful dimensions.” Inspired by a comment the artist read by critic Dave Hickey, Flood saw them initially as a “fuck you” to the art bureaucracy — “‘Fuck you’ is a quality I love in art,” he went on to say — which is so over beautiful things. And from the sounds of it, the trick worked: the Lace paintings earned him enough money to live as an artist, which freed him from the need for acceptance from the art establishment. And then acceptance came anyway: he’s now represented by galleries in New York and Berlin, and the entire Luxembourg & Dayan townhouse is currently given over to his work.”

A Townhouse of Punk