Chapman Brothers : punk art that spits in your face

Given the trendiness of political correctness, this might be viewed a criticism of the present age, if it weren’t for remarks made by the two brothers, who as self-professed “old punks” eschew any political aims. “We just wanted to play with degeneracy, with idiocy,” explains Jake.

In the entrance hall of the Kestnergesellschaft visitors are welcomed by the banners of the Chapmans’ installation California Über-alles(2003), which sport the design of the Nazi flag. The swastika is replaced by a smiley face. The motif stems from the cover of an album by the punk band Dead Kennedys released in 1979. 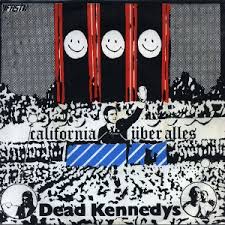